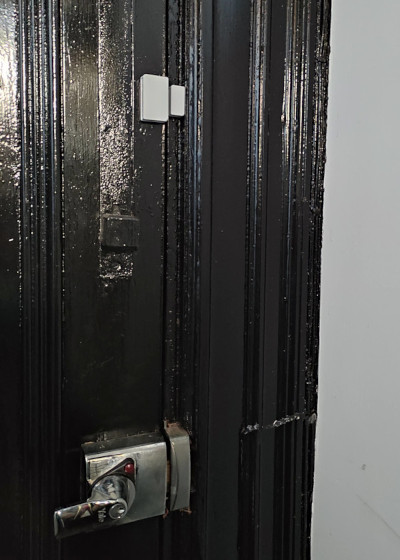 My home automation setup has been fairly static recently; it does what we need and generally works fine. One area I think could be better is controlling it; we have access Home Assistant on our phones, and the Alexa downstairs can control things, but there are no smart assistants upstairs and sometimes it would be nice to just push a button to turn on the light rather than having to get my phone out. Thanks to the fact the UK generally doesn’t have neutral wire in wall switches that means looking at something battery powered. Which means wifi based devices are a poor choice, and it’s necessary to look at something lower power like Zigbee or Z-Wave.

Zigbee seems like the better choice; it’s a more open standard and there are generally more devices easily available from what I’ve seen (e.g. Philips Hue and IKEA TRÅDFRI). So I bought a couple of Xiaomi Mi Smart Home Wireless Switches, and a CC2530 module and then ignored it for the best part of a year. Finally I got around to flashing the Z-Stack firmware that Koen Kanters kindly provides. (Insert rant about hardware manufacturers that require pay-for tool chains. The CC2530 is even worse because it’s 8051 based, so SDCC should be able to compile for it, but the TI Zigbee libraries are only available in a format suitable for IAR’s embedded workbench.)

Flashing the CC2530 is a bit of faff. I ended up using the CCLib fork by Stephan Hadinger which supports the ESP8266. The nice thing about the CC2530 module is it has 2.54mm pitch pins so nice and easy to jumper up. It then needs a USB/serial dongle to connect it up to a suitable machine, where I ran Zigbee2MQTT. This scares me a bit, because it’s a bunch of node.js pulling in a chunk of stuff off npm. On the flip side, it Just Works and I was able to pair the Xiaomi button with the device and see MQTT messages that I could then use with Home Assistant. So of course I tore down that setup and went and ordered a CC2531 (the variant with USB as part of the chip). The idea here was my test setup was upstairs with my laptop, and I wanted something hooked up in a more permanent fashion.

Once the CC2531 arrived I got distracted writing support for the Desk Viking to support CCLib (and modified it a bit for Python3 and some speed ups). I flashed the dongle up with the Z-Stack Home 1.2 (default) firmware, and plugged it into the house server. At this point I more closely investigated what Home Assistant had to offer in terms of Zigbee integration. It turns out the ZHA integration has support for the ZNP protocol that the TI devices speak (I’m reasonably sure it didn’t when I first looked some time ago), so that seemed like a better option than adding the MQTT layer in the middle.

I hit some complexity passing the dongle (which turns up as /dev/ttyACM0) through to the Home Assistant container. First I needed an override file in /etc/systemd/nspawn/hass.nspawn:

(I’m not clear why the VirtualEthernet needed to exist; without it networking broke entirely but I couldn’t see why it worked with no override file.)

A udev rule on the host to change the ownership of the device file so the root user and dialout group in the container could see it was also necessary, so into /etc/udev/rules.d/70-persistent-serial.rules went:

In the container itself I had to switch PrivateDevices=true to PrivateDevices=false in the home-assistant.service file (which took me a while to figure out; yay for locking things down and then needing to use those locked down things).

Finally I added the hass user to the dialout group. At that point I was able to go and add the integration with Home Assistant, and add the button as a new device. Excellent. I did find I needed a newer version of Home Assistant to get support for the button, however. I was still on 2021.1.5 due to upstream dropping support for Python 3.7 and not being prepared to upgrade to Debian 11 until it was actually released, so the version of zha-quirks didn’t have the correct info. Upgrading to Home Assistant 2021.8.7 sorted that out.

There was another slight problem. Range. Really I want to use the button upstairs. The server is downstairs, and most of my internal walls are brick. The solution turned out to be a TRÅDFRI socket, which replaced the existing ESP8266 wifi socket controlling the stair lights. That was close enough to the server to have a decent signal, and it acts as a Zigbee router so provides a strong enough signal for devices upstairs. The normal approach seems to be to have a lot of Zigbee light bulbs, but I have mostly kept overhead lights as uncontrolled - we don’t use them day to day and it provides a nice fallback if the home automation has issues.

Of course installing Zigbee for a single button would seem to be a bit pointless. So I ordered up a Sonoff door sensor to put on the front door (much smaller than expected - those white boxes on the door are it in the picture above). And I have a 4 gang wireless switch ordered to go on the landing wall upstairs.

Now I’ve got a Zigbee setup there are a few more things I’m thinking of adding, where wifi isn’t an option due to the need for battery operation (monitoring the external gas meter springs to mind). The CC2530 probably isn’t suitable for my needs, as I’ll need to write some custom code to handle the bits I want, but there do seem to be some ARM based devices which might well prove suitable…